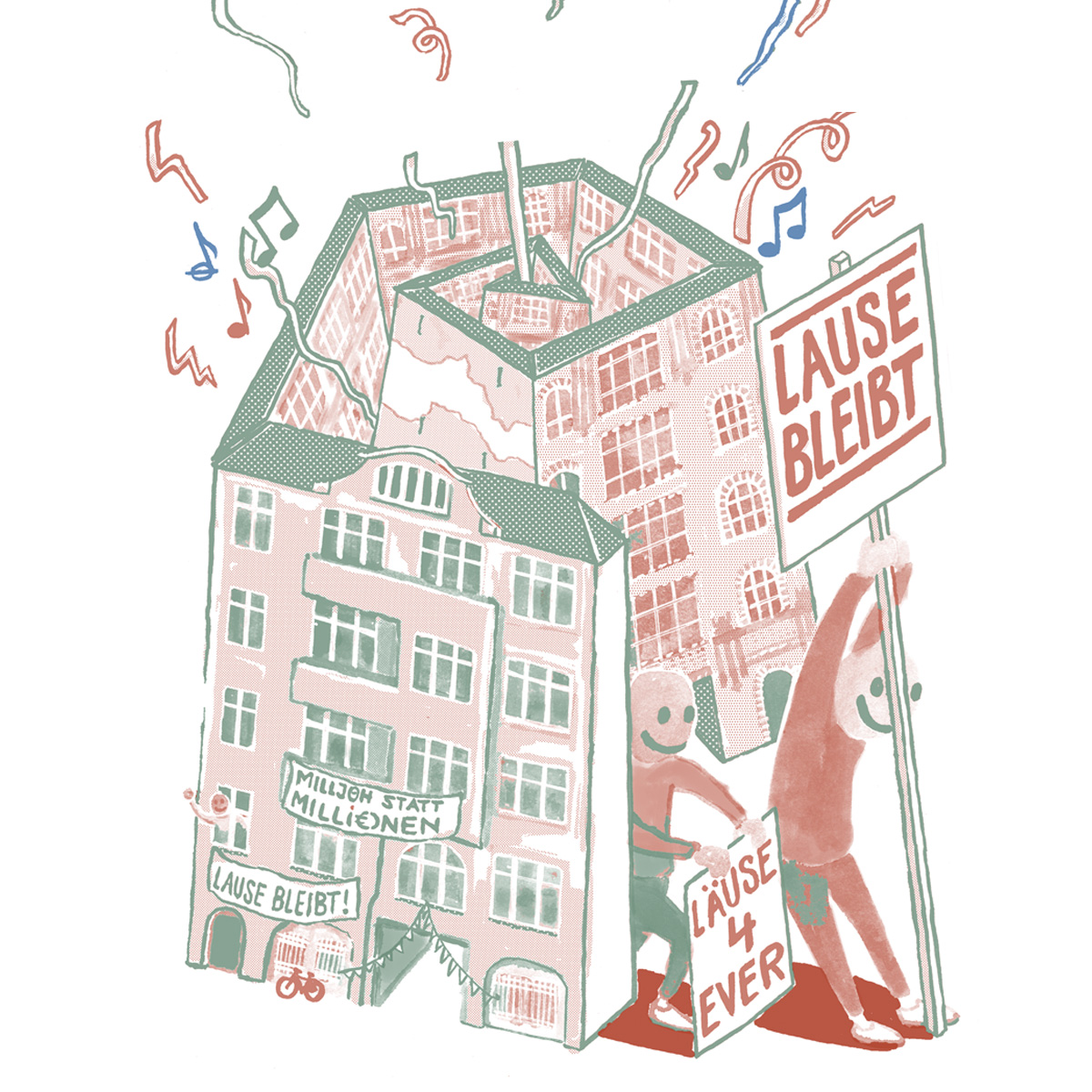 are a household collective that has grown over decades. We are political and artistic initiatives, NGOs, craftspeople and creatives, families and shared homes. Partnerships, friendships and neighbourhood initiatives have been born in our floors and corridors.

In December 2016, we became aware that plans were in place to sell the buildings, which are owned by the Tækker Group. In the exposé put together by the estate agent, a price of at least €20 million was placed on the property – an 800% increase on the original purchase price. The Tækker Group had paid the city – then governed by coalition of the Social Democratic Party and The Left – €2.3 million for the buildings back in 2007.

The conversion of the commercial spaces into privately owned apartments – and the explosive rise in rents that would follow – would mean the end of the existing life and work structures at the Lause. This would be the end for the many small enterprises, who would in most cases no longer find any affordable spaces in Kreuzberg or Friedrichshain.

As a first re-action, we – the tenants of Lausitzer Straße 10 & 11 – made it clear that the threatened sale of the buildings and the resulting displacement from the community was not going to happen without resistance. Following threatened sale, the household collective developed into the Lause Lebt association, which is working actively to preserve our buildings and the many ways they are used by the people of the community.

… to prevent the sale of the buildings as objects of financial speculation, with them being taken permanently off the market

… space for self-organised political and creative work, for cultural and social work, and for the people of this city. 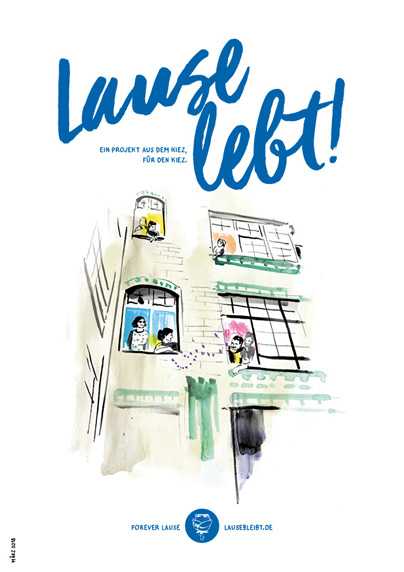 Our concept plan for the Lause as a PDF: Download

The Lause is a model project for the city of the future. For us, it’s not about occupying space, but about using it. Found out more about our ideas here:

You can read here about why we are defending ourselves against the sale of the buildings to private investors and what we are proposing instead:

Around 170 people currently live and work at Lausitzer Straße 10. You can find an overview of who we are and what we do here: